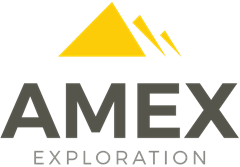 Amex Exploration Inc. [TSXV-AMX; OTCQX-AMXEF; FRA-MX0] is continuing its exploration of the 100%-owned Perron gold project located 110 kilometres north of Rouyn-Noranda and just beside the past mining town of Normetal. Several high-grade gold discoveries have been made on the 4,518-hectare Perron property, including the Eastern Gold Zone, the Gratien Gold Zone, the Grey Cat Zone, and the Central Polymetallic Zone.

The company is currently awaiting assay results from 9,000 samples completed in 2020. The Perron Gold Project has already proven that it represents an outstanding exploration opportunity in one of the world’s most prospective and mining-friendly regions.

Today's results include intercepts from both the eastern and western portions of the system and are focused on defining less understood areas as well as testing the strike and depth extensions of the zone.
https://www.amexexploration.com/rss/news-2023/Amex-Reports-Several-High-Grade-Intercepts-from-HGZ-Including-75-81-g-t-Au-over-4-85-m

The Perron Project has become the bright star of the Chicobi Deformation Zone which was thought to be a base metals belt until Amex made these gold discoveries. Perron has proven the belt has the potential to host very high-grade gold typically seen elsewhere in the Abitibi. The Chicobi Deformation Zone, or Chicobi Gold Belt, is within the much larger Abitibi Greenstone Belt.

These discreet gold deposits open up the potential for the Perron property to host several gold mines or drilling may prove that some of the gold zones actually link up to form larger gold deposits.

Following an $11.7 million financing in September, Amex is increasing its fully-funded drill program from 200,000 metres to 300,000 metres. The objective of exploration along strike of the 3+ km Perron Gold Corridor is to possibly link up the gold zones and generate a bulk tonnage target as well as high-grade underground targets such as the Eastern Gold Zone and the Grey Cat Zone.

The Eastern Gold Zone has several parallel mineralized zones, including the Denise Zone and the High Grade Zone which are open along strike and to depth. Drilling at the High Grade Zone has intersected more than 1.1 kilometres of high-grade gold mineralization starting from near surface. Over 100 drill holes have intersected gold mineralization grading over 10 g/t gold over variable widths. Infill as well as step-out drilling is underway.

The objective of the current drilling program is to provide a basis for preparing a maiden NI 43-101 compliant mineral resource estimate. A significant portion of the property remains underexplored. Visible gold has been intersected in drill holes on multiple days since drilling resumed on January 4, 2021.

Amex also holds a portfolio of two other properties focused on gold and base metals in the Abitibi region elsewhere in Quebec, including Lebel-sur-Quevillon and Eastmain River.

Amex Exploration is headed by Victor Cantore, President and CEO. His management team has extensive experience in exploration and capital markets. The company has 83,145,502 shares outstanding and approximately $32 million in cash. Amex has a number of major shareholders including mining financier Eric Sprott and various Quebec, European, Canadian and US institutions.

Find out more
about: